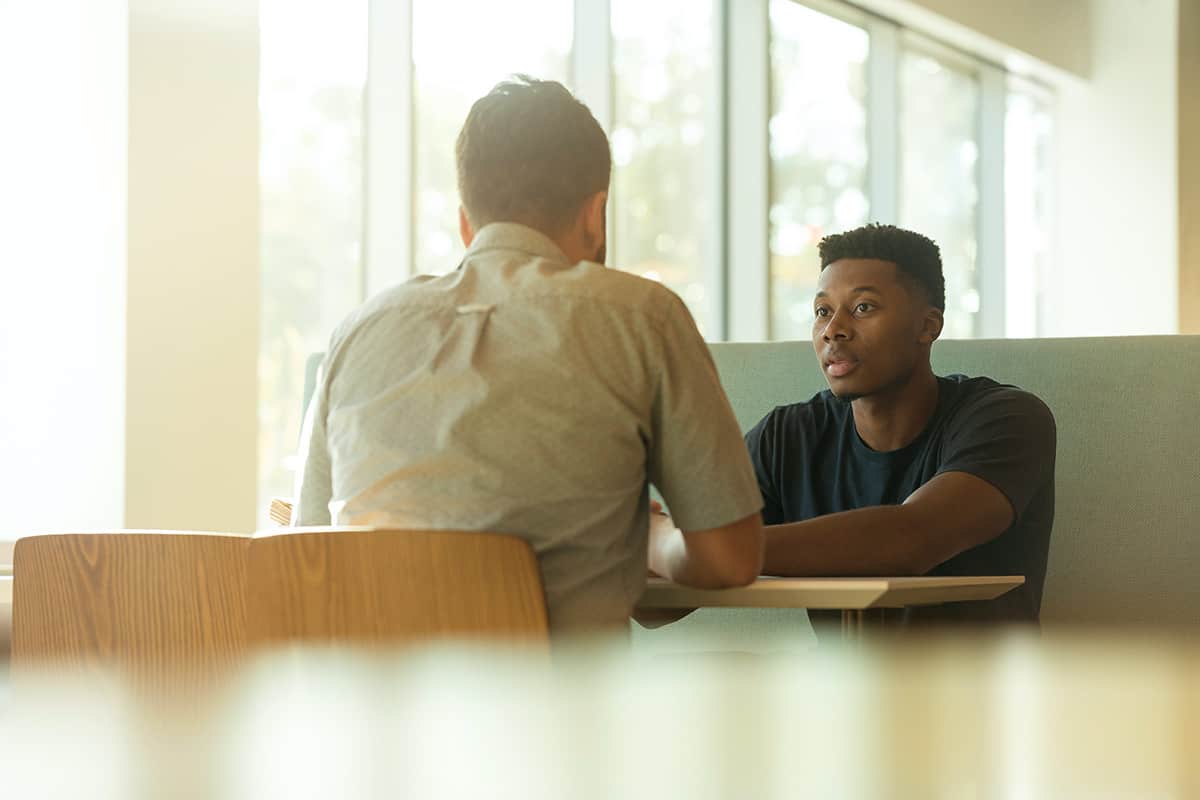 Narcissistic personality disorder is a diagnosable mental disorder in which people have a need for excessive admiration, a sense of entitlement, a general disregard for others’ feelings and an inability to handle any criticism. A narcissistic boss can also belittle or look down on people they view as inferior. These are hardly the best qualities in a manager. Narcissism is more common in men, but women can have the personality disorder too.

If you’ve had your fair share of narcissists, then you know just how frustrating they are to deal with. They may seem like the ideal boss or authoritative figure because of their charisma, but the reality is opposite from that.

A narcissistic boss may seem like the most confident and charismatic person of all, and someone who has success as their end goal. Having a narcissistic boss is the worst thing in the world because their focus is on themselves and themselves alone. They’ll take every chance they get to talk about them and their accomplishments. It’s why them seem so confident when in reality, they’re just self-centered.

A narcissistic personality requires everything to be about themselves, so you need to give them that validation first. Give them compliments and seek their advice regarding work tasks. This way, they’ll like a great boss and an authoritative figure. A narcissistic boss wants to be the best in their position, even in the simplest ways they can.

For instance, if they give you a project, finish it ahead of time and tell them that you’re glad you gave them the task. Remind them that they’re such a remarkable boss and leader for you. Most people won’t appreciate the brown-nosing, but a narcissist will. Give them positive feedback regarding their decisions and actions, and point out the strengths that you see in them. This will make your narcissistic boss appreciate you more and give more attention to you because of this.

Be aware of their narcissism

There are all kinds of narcissism in this world. There are those that are directly self-centered and egoistic, and there are those who are low-key narcissistic but can control and manipulate your decisions. Be very careful of the latter because this is more frustrating to deal with that the first one. A narcissistic boss is hard enough to deal with, but if you want to get a raise, you need to learn and observe their behavior. No matter what kind of narcissism, they have one thing in common and that’s satisfying their own selfish needs. If you’re aware of their behavior, this gives you an edge to be aware if you’re being manipulated to do something you’re not comfortable with.

Align your success with theirs

If you truly want a raise from your narcissistic boss, align your success with theirs so they give you more tasks. A raise is aligned with your performance and meeting their expectations so by exceeding their expectations, their approval is their own. You’re playing by their rules so at the end of the day, it’s valid to ask for a raise with the performance and initiative that you’re putting. If they’re expected a certain deadline, make it a point that you finish the task earlier so your boss will applaud you for it.

Don’t sacrifice your self-worth for getting a raise

No matter how important getting a raise may seem, nothing is more importance that taking care of your mental and emotional health. Dealing with narcissists damage your overall well-being and if you’re too focused on your end goal, your mental health may be affected which can ruin your overall work performance. Don’t try too hard to an extend that you’re going beyond what you’re capable of but instead, stick to what you can manage because at the end of the day, you have the confidence that you tried.

Even if you fail in getting a raise from a narcissistic boss, you know that you maintained your health, which is far more important than your career, After all, what good will a raise do if you’re going to spend all your income and savings on your health?

In dealing with a narcissistic boss, don’t ever get vulnerable or personal with them. If your end goal is getting a raise, nothing good will come out of being vulnerable with them. A narcissistic person will use every personal fact about you, especially your personal problems. If they find out something that deeply tugs at your heart, they will use this against you to get you to do whatever it is they want. They don’t care about hurting you as long as the end result is getting the task needed for themselves. As much as possible, stay in control. Narcissists love drama and conflict, so they’ll do everything to stir up your emotions in the workplace.

Make them look good in front of others

You need to please a narcissist as they’re all about having the spotlight on themselves. If your boss is around people of higher positions such as the CEO, make them look good by praising them and showing off their strengths. If you’re asked if your boss has been treating you well, say good things and tell them you’ve grown a lot in the workplace because of your boss. This way, you’ll be stroking his ego, which he’ll appreciate that it’s coming from you, his employee. You need to understand that a narcissist will do everything to look good in front of others. The fact that you did just that, is something he’ll remember when you do ask for a raise.

Get ready to express your intent

This is your chance speak out your intent to your narcissistic boss. All the steps above have been preparing you for this exact step, so you need to be ready. A narcissist will only think about themselves. Whatever conflict they bring into the table, don’t give them that power or validation. Instead, be firm with your decision and why you deserve your raise. You’ve worked hard for getting to the step where you’re able to vocalize your intent to your boss. No matter what they say, don’t let it shift your self-esteem. Tell them about your performance and do significant research before negotiating about a raise. See our article on how much of a raise to ask for.

Before bringing up your intent, give them positive feedback before dwelling into the matter. A narcissistic person needs that kind of validation and before discussing a serious matter. Make sure you make them feel good about themselves first. Mention the future and what long-term plans you have for the company that you think you’ll be able to provide. In getting ready to express all of this, prepare for any questions your boss may have about your raise. Like, why you deserve it more than other employees and why now.

In negotiating your intent, tell them all the times you stayed at work just to finish tasks and work beyond what you’re expected to. Even if they’re narcissistic, hope for the fact that this will get through to them. Since you started off with positive feedback and compliments, your intent for a raise may come with a softer blow. If they ask why you deserve it, tell them with confidence about your performance and show them statistics if needed. Show them the evidence that since you’ve been their employee, your revenue and reports have improved. Focus on your strengths, and use this to pitch in for a raise. If they ask why the rush, tell them that you have concrete long-term plans. You see yourself growing as an employee of the company you’re in.

Hope for the best, but expect the worst

The last part of this list isn’t something as appealing to look at, but you need to hear this. You need to expect that your narcissistic boss won’t listen to absolutely anything you’re saying. They could simply will refuse your intent for a raise.

You could respond with other options if you are denied a raise. The worst case scenario is that they don’t care that you deserve it and that they don’t care about your needs at all. If they refuse to give you a raise, this is where you manage your expectations. Hold on to the fact that at least you tried. But they may not listen to those either. Not many people have the courage and bravery to stand up for a narcissistic boss. The fact that you did it is something to be proud of.

Even if they refused in giving you a raise, take this an opportunity to assess your long-term goals in the company you’re working for. Ask yourself: you can really see yourself growing with a narcissistic boss?

These are 9 tips that you can use to your advantage in asking for a raise with a narcissistic boss. Take note of their nature to think about themselves and don’t take it personally when they attack you and decline your intent. Narcissists thrive in the presence of negativity and conflict since this is how they gain power, so you can’t let yourself be affected. At the end of the day, you tried to express you intent for a raise. 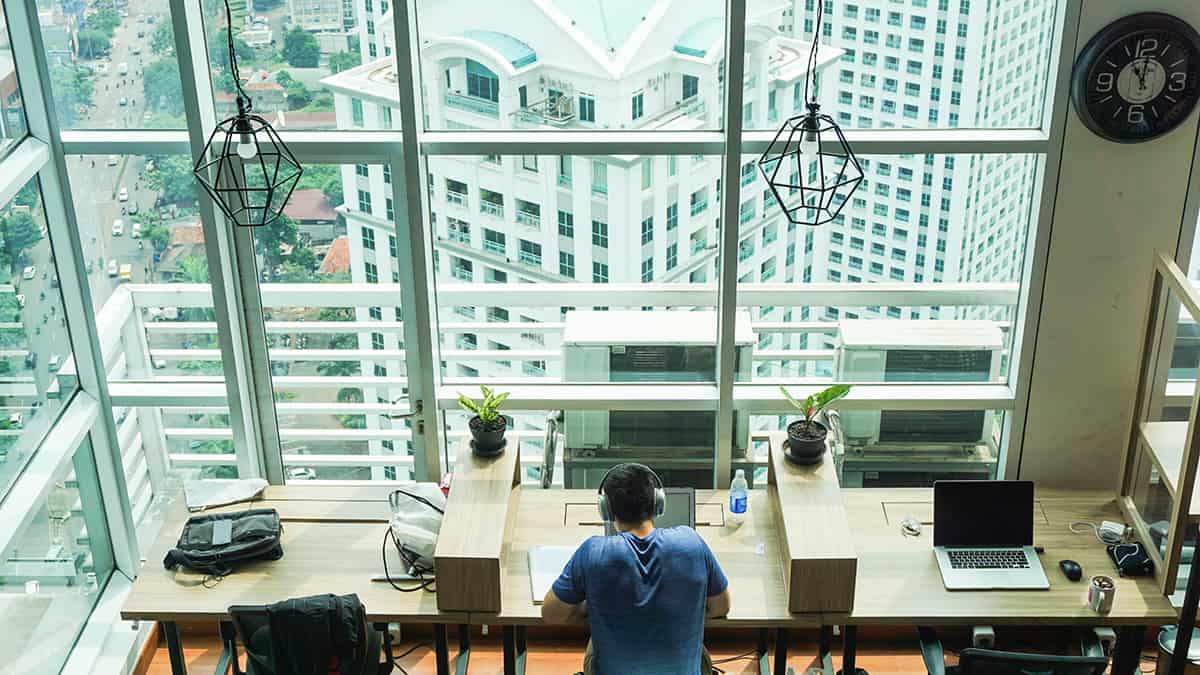 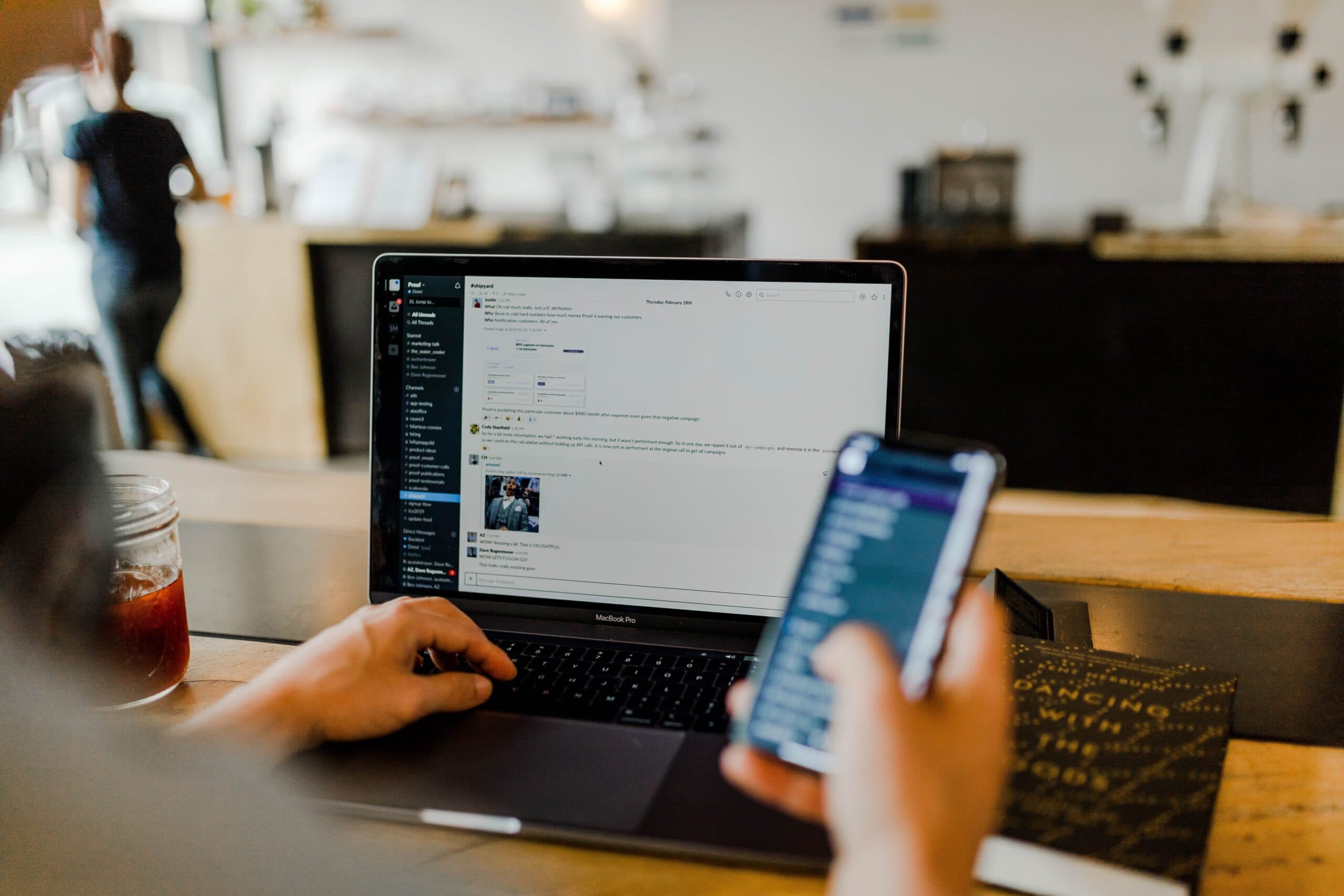 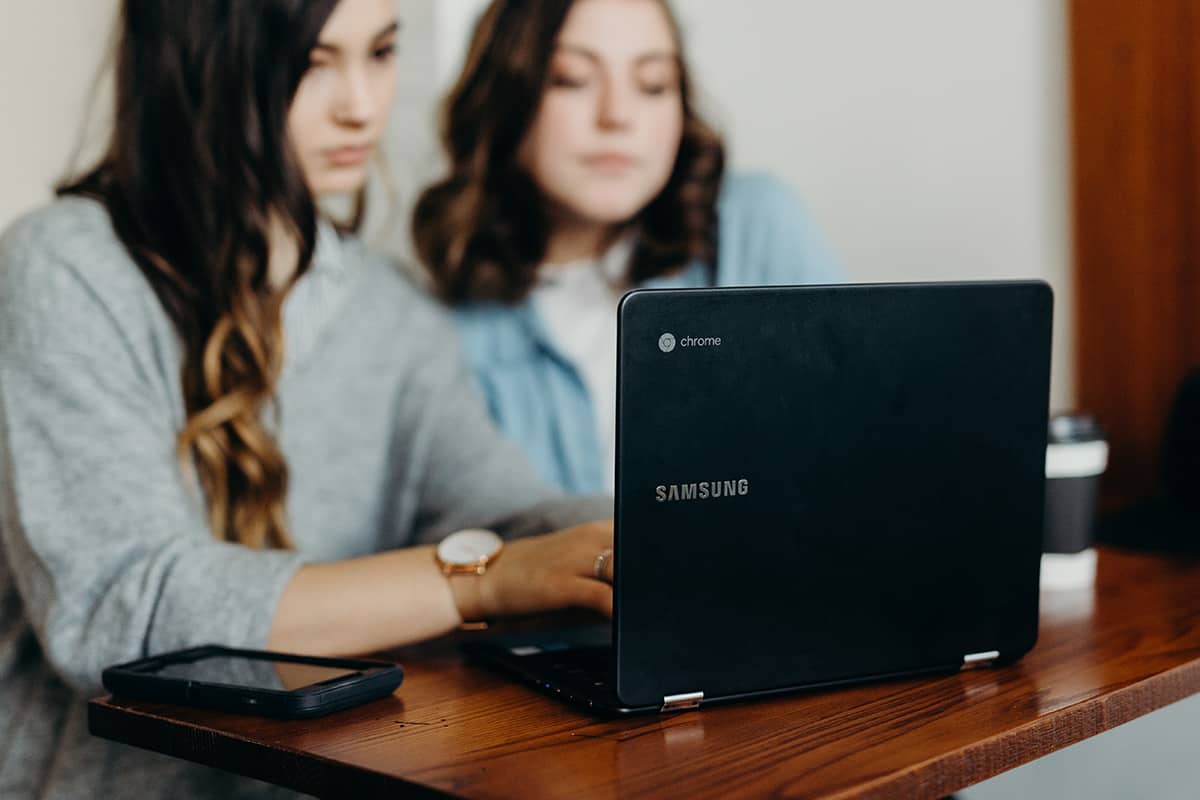 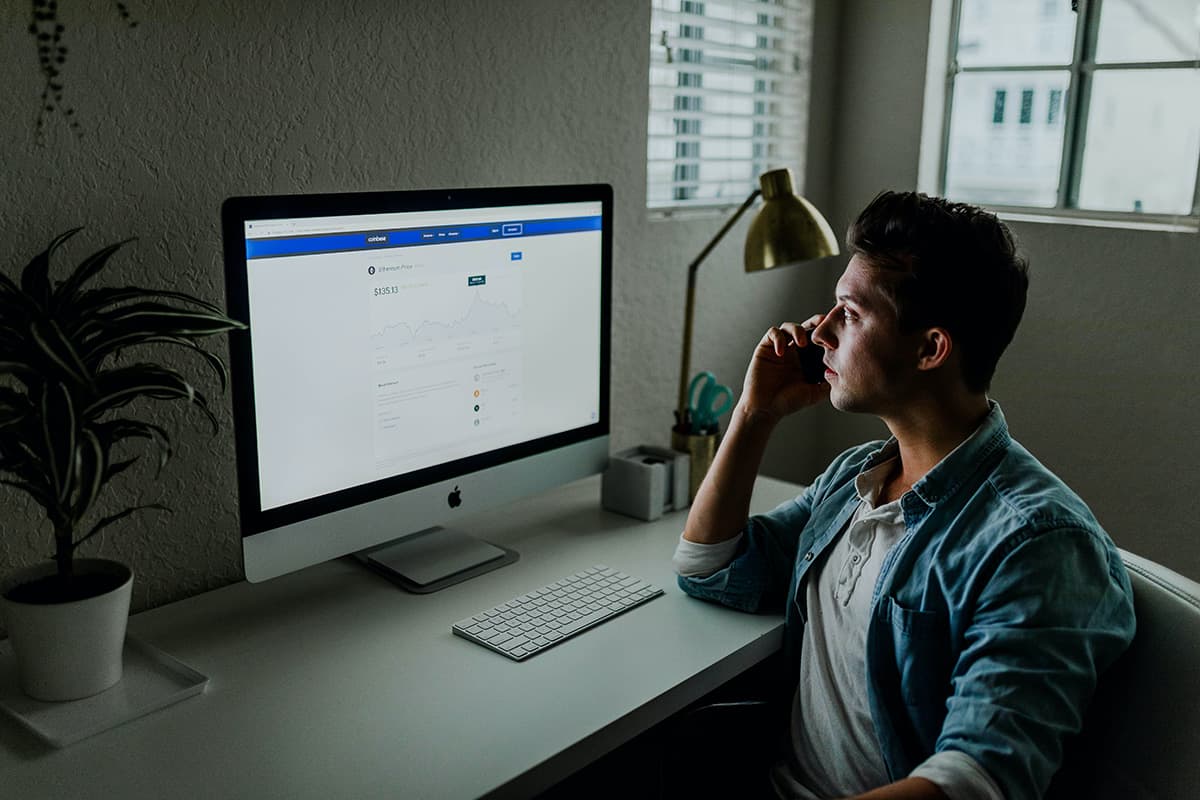 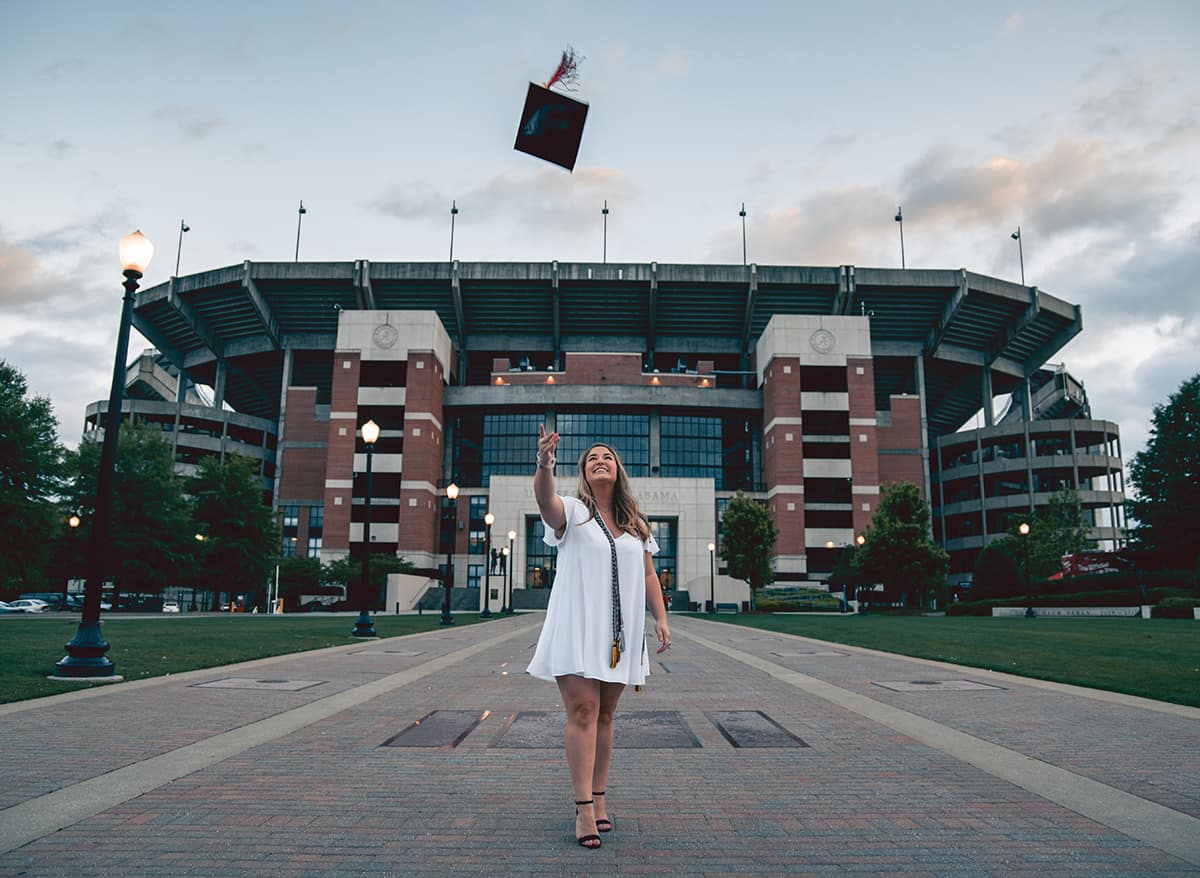